Located on the NSW North Coast between Yamba and Coffs Harbour, Yuraygir National Park is the largest coastal National Park in NSW and this area is the state’s largest stretch of undeveloped coast – which makes this a great place to get wild and explore the 85+ beaches which stretch along 65kms of this amazing coastline.

A small group of us (small is best) set off to the small coastal village of Minnie Water to meet our friend who had just hiked the first 40km solo from Yamba. The total length of the Yuraygir Coastal Walk is 65km and can be done over 4-5 days, although we did a smaller section (about 26kms) from Minnie Water to Red Rock due to time restrictions. I’m planning to go back another time and do the other section (or the whole thing when I’m fitter)!

The first day was a breeze (and just a warm up for day two, really), as we only needed to hike 6km along the beach to get to our first campsite at Boorkoom. We were heading into the low tide so we took our time exploring nooks and crannies, shell and rock gazing, getting used to heavy packs (mine was 18kg!) and enjoying the sunshine. We left at lunchtime (after hot chips and coffee at the Minnie Water shop, of course) and cruised into camp a few hours later. Boorkoom campground was located on the idyllic Wilson’s headland, just south of Diggers Camp Beach and surrounded by lovely coastal heath forest. After we set up our tents, we went for a wander along the headland, cooked lentils and were rained on – actually our tent kind of flooded and we had to move it out of the mush! We had story-time to the (loud) sound of rain – the three of us took turns reading excerpts of Women Who Run with the Wolves and we went to sleep pretty early. As my pack is heavy enough as it is, I always forego a sleeping mat, which I always regret when it’s bedtime. Something I’m working on…

With soggy bags (and everything inside) and aching muscles we head off at sunrise for a big day of walking – 13kms approximately – from Boorkoom to Pebbly Beach. Scoffing muesli and nuts as we walked, we descended from Wilson’s Headland with the sun on our backs. As there was no fresh water at this campsite, my bag was considerably lighter than the day before!

The day basically consisted of two 6km long beaches, a river crossing at Wooli and 1km of dodgy rock platforms that we had to manoeuvre. Sounds pretty straightforward, like who can’t walk along a beach?! But soft sand hiking with heavy bags and shoes on is PAINFUL! Not to mention, we bent over to pick up rubbish (marine debris) every so often – there was a lot of it. Most times I bent over, I didn’t think my legs were strong enough to get me back up from a squat position, but they did time and time again as we continued to pick up rubbish along the whole way.

We arrived in the little riverside/beachside town of Wooli at about 9am, and totally lashed out and went to the only cafe for breakfast. As we approached the cafe, everyone looked at us like we were a bit strange. And then I remembered that we probably looked a bit feral, and weird, because we were carrying ridiculous amounts of gear and it felt like we’d been out bush for months (not even 24hrs)! We seriously chilled in Wooli all morning while we waited for our ride across the Wooli Wooli River – a legend boat man called Bruce.

Now across our biggest river crossing, we pressed on into the afternoon (and low tide) toward Station Creek. This is where the serious rock hopping began. Fun if you’re frolicking in bikinis looking for ocean critters, not fun if you have 18kg-ish on your back (I loaded up on water again) and slippery hiking boots. There were some hairy cliff hangs, we lost the trail a bit, and the swell was HUGE and threatening to spray us off our rock perches. At one point, the rocks were almost impassible and we had to shimmy into a cave (dragging my bag – which I now despised) to get through to the other side. I did have a mini sleep in the cool cave and considered spending the night with crabs and the impending high tide. Hm nope – keep going.

About an hour into the afternoon, everything was sore and I was struggling. I just put one foot in front of the other, kept saying to myself “you can do it” and had regular breaks – trying to eat and drink all my weight! The three of us shared the load of the camera and rubbish bag (which was filling up with plastic bottles, rope, plastic pieces and other random marine debris items) and took turns using one set of hiking poles. It must have worked, because after (what felt like) a hard slog WE HAD ARRIVED at Pebbly Beach campsite. Now, we had actually planned to stay at Station Creek, a few kms away, but we had taken so long to do that section that the sun was disappearing and we were quite weary! We were greeted by the lovely campsite manager who offered to take our big bag of rubbish we’d collected and make us a cup of tea! Ahhh 🙂 We were definitely NOT going to Station Creek that night! We crashed out and went to bed in our cosy tents (sans sleeping mat again) as soon as it was dark, to another night of rainy rain.

We set off early that morning to catch the low tide and cross the rising Station Creek. We expected it to be much higher (carry bags over your head high) but it was very shallow, up to the knees at the deepest part! Yay! We were on the home stretch, and with sand in our toes (the shoes didn’t go back on after the crossing) we did the 5km beach walk to Red Rock in about an hour. The sun was shining, the wind was down, our packs were light as we ate (almost) the last morsels of our food. We stumbled across a little resting Shearwater (also known as a muttonbird) on the edge of the water. I picked him up to assess his condition, gave him water, but didn’t see it necessary to cart him unwillingly 5km down the beach (I tried for about 100m), so we placed him behind some debris so he had shade and somewhere to rest and wished him well.

We were so elated as we approached Red Rock and the Corindi River – our final river crossing! We ditched our bags and waded across the river to see where the shallowest parts were. A dive boat happened to come past right at that time, and we waved them down to give us a lift instead – they reluctantly shuttled us across!

We arrived in Red Rock at about 8am, surprisingly early, and had a swim in the cool water of the Corindi River to wash away the last three days (our first swim of the trip!). What a challenge that was. And for different reasons than I thought…

MOST SURPRISING: Lack of bush tracks, maintenance & drinking water AND heaps of marine debris (I guess that’s not all that surprising these days)

MOST FUN: Cave crawling and chats with my hiking buddies

MOST WILD: Rock hopping headland cliffs with crazy swell threatening to scoop us up

MOST INTERESTING: So many amazing shells and rocks and deserted beaches!

SPECIAL MENTIONS: Anna for being a little trooper and not complaining once (unlike me!), Sophie for all her lightweight hiking tips – for next time;) and Caitlin (me) for being so dedicated to an unripe avocado that I carried it the whole way – so worth it!!!

SPECIAL TIPS: Bring about 3L of drinking water as there’s hardly anywhere to fill up, bring cash for camp sites ($12pp/pn) and river crossings (i.e. $10 at Wooli), limit pack weight to 15kgs (I will follow own advice next time) and embrace the soft sand! 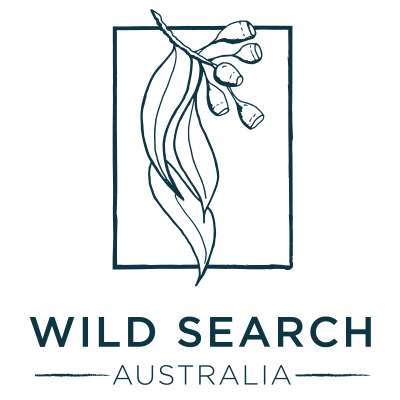 LOOKING FOR A TOPIC?

Telling mum to ditch the plastics since 1988 🤣 Back when Tupperware was the newest craze.
It's only 3 sleeps until our WEAVING WATER hike takes off! 🦋🐬💦
Flashback to the start of WILD WALKS term 🌿 And now it's the last week!
Getting on the band wagon 🌿
Wild Weekend away camping with the girls 🌈🌿
Only 14 sleeps until the WEAVING WATER women's hiking & weaving program starts on the Yuraygir Coastal Walk! 🌿👣
Happy Wild Koala Day 🐨🥰
How do you celebrate Earth Day everyday? 💙🌏

Learn how to make your own natural cleaning products like dish washing and laundry powders. Learn more here.

Sorry, there are no rewilding workshops coming up soon.

Learn more about our workshops and events >